DJ Lighting and Stage lighting have come a long way over the years. Where once it was simple to just plug in some lights, today there are many different options available for any DJ or band that wants to take their show to the next level. Whether you’re looking for a few moving heads, LED par cans, gobo projection screens, lasers, or even fog machines – we’ve got you covered! 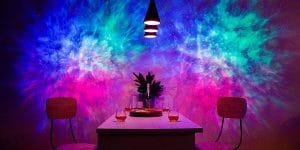 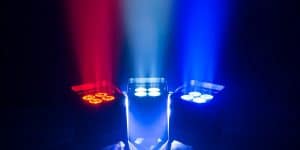 Battery Operated Uplights: A New Source of Light for Events 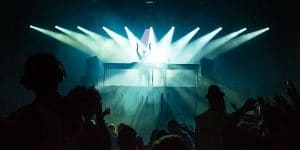 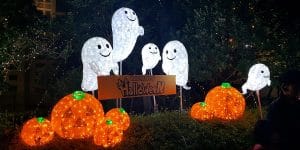 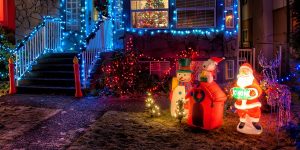 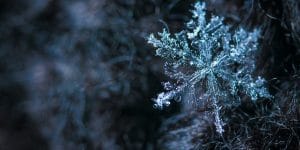 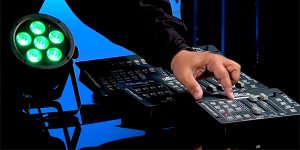 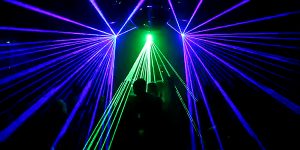 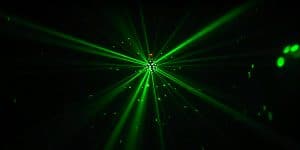 How to set up Stage Lighting 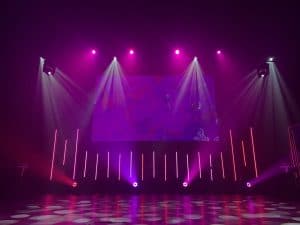 Find out what type of lights you need. If you’re looking for something simple, go with LED par cans or a few moving heads. But if your show requires lasers and fog machines – we’ve got those too!

What’s the difference between DJ Lights and Stage Lighting?

DJ lights are typically smaller lamps that can be used in a variety of different ways. DJ lighting is often accompanied by fog, lasers, and other effects to create some cool visuals for the audience.

Stage Lighting setups require wattage from 100-1000+ watts per light (the higher the wattage – the brighter), which means they’re also much larger than typical “DJ” lights. These sets use moving heads or PAR Cans as their main source of light (sometimes mixed with gobo projection screens) so it’s more focused on what you want to be displayed during your show while allowing people to see who is playing better too! 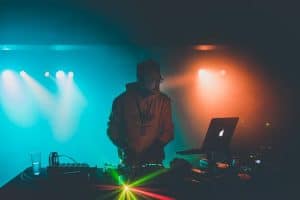 Front stage lights are typically used to create a visual display that draws people in from the entrance and maintains interest throughout your performance.

Kick off with one or two PAR cans (powerful, high-output Fresnels) set up on stands at either side of your DJ booth facing towards the center of the dance floor with their beams shooting straight outwards like headlights – backlit by colorful LED uplights placed beneath them bouncing light upwards into an arch around the dancers. That will get you started!

Back Stage Lights – The Second One

Back lights are used to create the mood and atmosphere for sets. The beams should be shooting straight out into an arch rather than parallel like headlights so they can bounce onto all surfaces in front as well as light up any dancers that may have come from behind you during your set. You want to make it feel like there’s always someone following you even if no one is!

Other Lighting Effects to Consider on Stage 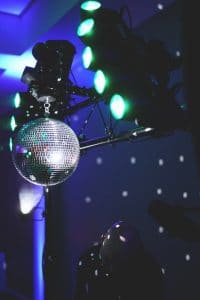 Colorful stage lighting can be used to create mood and atmosphere for sets. This is accomplished with beams that are shooting straight out into an arch rather than parallel like headlights so they can bounce onto all surfaces in front as well as light up any dancers that may have come from behind you during your set. You want to make it feel like there’s always someone following you even if no one is!

You should also consider using color-changing lights on the stage, especially when playing music genres such as EDM or Hip Hop which often feature sweeping changes in tempo throughout a song – sometimes quickly going through several genres of music within just one tune.